"I enjoy working with the people of Windsor and Windsor Locks to make a difference in our community."

Jane Garibay has announced her candidacy for the 60th district in the State House of Representatives. Garibay says, “My many years of experience working with people in business, education, budgeting and teamwork make me an ideal candidate. The key to successfully representing the residents of Windsor and Windsor Locks is to be attuned to the issues that affect them, such as jobs, transit oriented development and the state budget. It’s important to have integrity, honesty and common sense.”

People have asked me why I’m running for the 60th district, and why now.  I’ve always been passionate about politics. And I’ve always wanted to run for higher office but it was never the right time in my life. Now is my time. I will devote myself full time to representing the people of Windsor and Windsor Locks in the Connecticut House of Representatives.

My life, with the variety of people and businesses I’ve worked with, all the boards I’ve been on, and all the volunteer work I’ve been involved in, have all prepared me to do this job. I know that Windsor and Windsor Locks have many of the same challenges. And in talking with many people from Windsor and Windsor Locks, I know that they have more similarities than differences.  We all need good jobs. We all need reasonable healthcare. And we all want a responsible state budget.  These are achievable goals and I plan to work with our legislators, on both sides of the aisle, to make them happen. 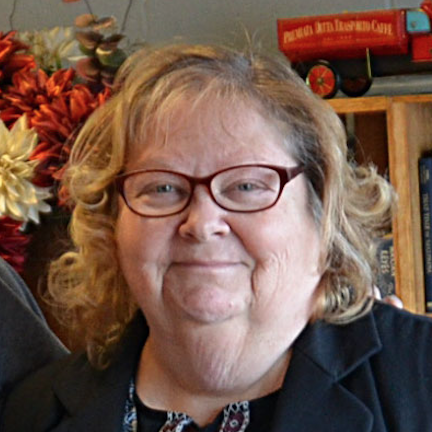 Jane Garibay has a record of service, leadership, and results.

She is a life-long resident of Windsor with a few years in Mexico and Vermont. She was the Executive Director of the Windsor Chamber of Commerce from 1999-2018 and is now Executive Director of First Town Downtown in Windsor (2018-present). Previous experience includes working for the Town of Windsor in the Recreation Department, teaching English as a second language in Mexico and teaching Spanish at Saint Gabriel School in Windsor. She is Mom to three children. Jane has been an active volunteer for most of her life.

Jane has received many Regional and Local Awards throughout her career:

Current and Past board positions include:

Jane lives in Windsor with her husband Bernardo, their niece Jennie, and a dachshunds Otto and Bandit. They have three children, Cate, Jose, and Andrew and one grandson, Faolan.

What people are saying

I have known Jane Garibay for years through my work at a local hotel in Windsor and the main thing that has stood out to me is her compassion when it comes to community involvement. Jane has a big heart and that really showed with her involvement in organizing the Nightmare on Broad Street and Project Santa events in Windsor. She has a tremendous empathetic streak that allows her to truly do what is best for the most vulnerable members of our community and successfully organize events that center those people. When I first heard that she was running for state representative I was ecstatic because I knew that our communities and our state needed a public servant like Jane. When the pandemic struck back in March, I, like many of you, was so scared about what would happen to our state and our country. However, there was a little part of me that always remained hopeful knowing that Jane was our state representative. The work that she has done for her entire life has set her up to be a fierce and successful advocate for our communities at the state level. This is such a difficult time but I have total faith that we are going to make it through stronger than ever because of the hard work that Jane has done and will continue to do for us. I ask you to please vote for my friend Jane Garibay this upcoming Tuesday. Together, we can do this!

This past summer Tropical Storm Isaias hit the Windsor and Windsor Locks communities at a very inopportune time. We were in the middle of a pandemic and residents all across Connecticut had just been shocked to hear that their Eversource energy bill rates had been jacked up. All of this occurred as the CEO of Eversource took a $3 million pay raise within the past year. In the immediate aftermath of the storm I was really impressed by the way that my friend and our state representative Jane Garibay was there for residents in need, was supportive of the linemen and Eversource workers, and was proactive about calling out Eversource for the disservice that they were doing to the hard working people of the 60th district and the state.   Jane drove around our towns and made herself available to folks who needed help. She stopped all campaigning and hooked people up with the municipal and state resources that they needed in order to make it through that difficult time. Furthermore, she pushed for and voted to pass legislation in a special legislative session that expanded regulatory authority over Eversource, ensuring that they will have to pay for any future mistakes that they make in their response to power outages in the state. Contrary to what has been suggested on some online forums, this was Jane's first ever vote on Eversource, as she was not a legislator the last time major legislation was taken up regarding public utilities oversight. In fact Scott Storms, Jane's opponent this year and a former legislator, voted in favor of a bill in 2017 that gave Eversource the leeway to raise rates on their customers.   Jane Garibay knows how to fight for the working people of the 60th district and I endorse her for re-election this upcoming Tuesday. Get out and vote!