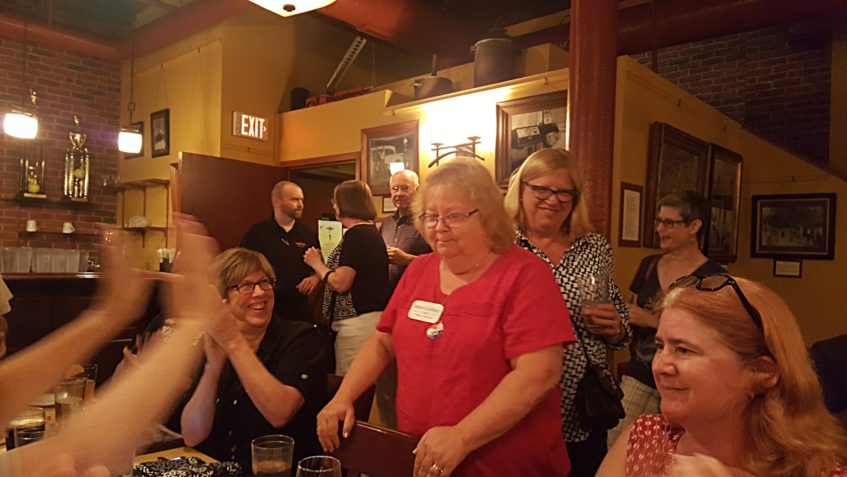 Tuesday’s Democratic primary the seats of House District 60 that covers parts of Windsor and Windsor Locks gave resounding affirmation to the winner. Jane Garibay, who is running for the first time at the state level after decades of being a prominent face in Windsor politics, won overwhelming support from voters, winning more than 67% of the overall vote.

The final result is even more impressive because the winner faced a spirited opponent in teacher Kathleen Tracy, who tried to overcome Garibay’s decades of civic involvement and experience by personal appeal to voters, door knocking, and staking a more liberal position. In the end, she had to admit defeat. “I am proud of Jane for the hard work she put in to win the primary election on Tuesday,” Tracy said. “Although I gave it my all she was the formidable opponent I knew she would be. I intend to support her in the general election to ensure we bring a democratic seat back to the 60th district. This has been my first experience running for political office and it has been quite extraordinary. I’m sure there will be more opportunities for me in the future. I owe a great deal of thanks to so many supporters and volunteers who assisted me in my campaign. It is the activity of working together that rejuvenates us all!”

Garibay was gracious in her statement, “I would like to thank Kathleen Tracy for a race well run and the people of Windsor and Windsor locks for their support in Tuesday’s Democratic primary,” she said. “I am humbled by their support! Thank you to my team, friends and family who believed in me enough to knock doors with me. I always had someone by my side as I listened to some amazing stories and the challenges people are facing. This campaign is about them! I look forward to serving the people of the 60th district with honesty, integrity and common sense always listening to their needs and concerns.” Garibay will now face incumbent Scott Storms, in November, trying to recapture for the Democrats the seat that Peggy Sayers held for decades.